Torque tools are used in cases where human strength in combination with a lever is no longer sufficient to tighten bolted connections. Applications in the high-torque range place particular demands on users and tools: bolted joints in steel construction, special safety bolting, in industry, in the maintenance of urban facilities or in the energy sector.

GEDORE Torque Solutions has been the specialist for high-torque bolting technology since 1972.


High-torque tools made in Germany

For almost 50 years, the GEDORE Torque Solutions brand, formerly Lösomat, has stood for quality and innovation in all areas of bolting technology. During this time, we have developed from a commercial agency into a competence centre for design, quality testing and special solutions. A vertical range of manufacture of almost 100% in the modern equipped German factory in Vaihingen an der Enz ensures that not only the quality and precision of the tools but above all the development know-how and application competence remain in the hands of the company and the minds of our employees. In this way, we always offer our users the highest level of safety and efficiency made in Germany.

As a manufacturer, we see it as our responsibility to deliver more than just the product. Therefore, we offer services before and after the purchase of the torque tools, which provide our customers with the best possible bolting technology, the required knowledge and professional support.

To ensure that our customers' safety is also guaranteed in special cases, the specialists at GEDORE Torque Solutions therefore develop special high-torque wrenches to meet individual requirements. Using the latest design and analysis methods (CAD/CAM/FEM), we design customised special solutions. Your application is our challenge.

In our own test laboratories, all dynamic devices are precisely measured and adjusted before they are shipped. The torque deviation is usually well below 3% for the same bolting case. The individual factory test certificate is the proof required by every QM system according to DIN EN ISO 9001:2015.

GEDORE experts analyse the application as part of on-site consultations and in-house training to determine the right tool and organise safety instructions and training.

Special solutions, test certificate, advice, training and financing: all services beyond the product can be found on the following page.
Learn more 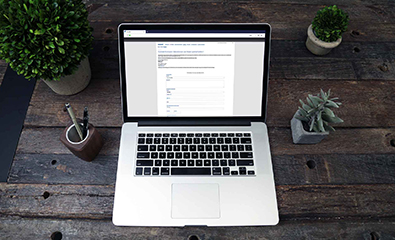 Get in Touch with us!

Do you have any questions about our products or services? We look forward to hearing from you. Use our quick and easy contact form.
Go to Contact Form

To ensure the proper and timely procurement of raw materials and the smooth manufacture of high-torque wrenches, GEDORE Torque Solutions maintains a quality management system and is certified to the current DIN EN ISO 9001:2015 standard. Each dynamic high-torque wrench is adjusted to its torque range at the factory and provided with a factory test certificate. Only this individual certificate and the extremely high quality standard of our products is the proof required by any QM system according to DIN EN ISO 9001:2015.

Chronicle of a Success

From Dealer to Brand

The introduction of the LÖSOMAT brand in 1984 marks the beginning of a success story: the company's own distribution of torque wrenches in Germany begins. One year later, the development of the company's own square drive wrench and the patenting of the ratchet system used are the next important step towards today's global player GEDORE Torque Solutions: the first generation of LÖSOMAT hydraulic wrenches with square drive is born. 1987 GEDORE Torque Solutions begins in-house production of mechanical power wrenches.

From 1987 to the present day, GEDORE Torque Solutions products change the market and the application in the field of high-torque screwdriving. These include the market launch of the torque-precise LÖSOMAT pneumatic screwdriver and the LÖSOMAT electric screwdriver, which reached 13,000 Nm for the first time, and the new release of the LÖSOMAT electric screwdriver in angled power gear form for tight screw connections. And further developments from Vaihingen make tool history: In 1996, the LÖSOMAT cassette wrench sets new standards in terms of size and weight up to 24,000 N-m. Only one year later, the hydraulic wrench is completely revised technically. The result is a particularly compact and lightweight hydraulic wrench up to 27,000 N-m - supplemented by the world's smallest hydraulic wrench up to 1,200 N-m, which is launched on the market in 2003. The years 2005, 2007 and 2012 are under the motto "world firsts". LÖSOMAT develops and patents the world's first automatic control for hydraulic power packs without any sensors in the hydraulic wrench, the LÖSOMAT high-torque cordless wrench up to 4,000N-m with a new generation of planetary gears as well as a visual-acoustic display for the entire electric wrench series.


Growth at the Traditional Location

The LÖSOMAT products prove themselves on the market. In 1992, the company moves into a larger administration and production building in Vaihingen an der Enz. Six years later, the construction project for a further production hall on the company premises begins at the same location. This increases the production output of hydraulic wrenches to more than 1,000 units per year. In 2009, the demands on the company have grown further. A new company building is moved into - but LÖSOMAT remains true to its traditional location in Baden-Württemberg.


Part of a Success Story

In 2008, LÖSOMAT becomes a subsidiary of the GEDORE Group. This is followed just two years later by the inauguration of the first international location: LÖSOMAT UK opens its doors in the United Kingdom. The merger of the companies becomes perfect in 2016 when the company is renamed GEDORE Torque Solutions.

History Highlights at a Glance

To ensure that GEDORE Torque Solutions bolting tools can make high-torque applications safer and more efficient all over the world, we work closely with our subsidiaries, our international competence centres and our exclusive technical sales partners. 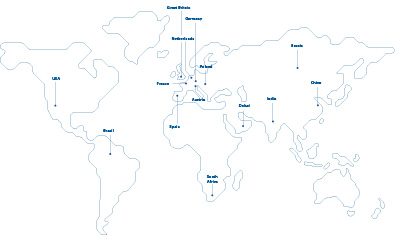 For the technical distribution of our products, we work together with selected partners. They have direct contact with the GEDORE site in Vaihingen an der Enz...
Find your local Partner

Safety is the top priority in steel bridge and steel building construction. Donges SteelTec GmbH relies here on the LDA cordless screwdriver from GEDORE Torque Solutions. Bolted joints in the torque range up to 6,000 Nm are tightened precisely thanks to intelligent microprocessor electronics. For higher requirements, the LDH hydraulic wrench is used, powerful up to 27,000 N-m. With the LHU hydraulic unit, Donges SteelTec has acquired a reliable powerhouse with a maximum pressure of up to 800 bar.

For the assembly of pump vehicles, Putzmeister Holding GmbH relies on the GEDORE Torque Solutions portfolio. In use: the flexible LDA cordless torque wrench, powerful up to 6,000 Nm, the LDE with even more power up to 13,000 Nm. With the LPK, Putzmeister Holding uses a robust, vibration-free pneumatic screwdriver. The LKV, the force multiplier up to 54,000 N-m, enables manual work even in sensitive environments. The LDH + hydraulic unit covers the entire spectrum.

Thyssenkrupp relies on the expertise of GEDORE Torque Solutions for the assembly of machines, plants and systems in materials handling technology. With the LDA cordless torque wrench up to 6,000 Nm, independent working is no problem. The LPK up to 12,800 Nm can be used in any environment thanks to pneumatic technology. With the LDE and LEW, thyssenkrupp has added two electric torque wrenches to its equipment. The LDH + hydraulic unit powerfully completes the package up to 27,000 Nm.

The question of whether the bolting technology from GEDORE Torque Solutions also proves itself in practice is certainly best answered by user reports. We have selected three references from practice.
A perfect Team

In the operation of a municipal building yard, the maintenance of pipe networks is an important task. Opening the lids of road caps must be easy to do so as...
Learn more
MorePower for RWE Power

During the dismantling of the pipeline systems to be renewed in the Hambach open-cast mine, the nuts of the bolted connections are loosened with solutions from ...
Learn more
400 km Pipe Network

High-Torque Tools made in Germany

Selected bolting tools that we would like to introduce to you in more detail.
Documentation Software optional

A reliable and efficient solution for smooth opening and closing of gate valves.
Learn more
Robust and Durable

With new hydraulic one-hand operation and compatible with any power unit.
Learn more
With 3 Control Options

Patented since the 80s: The GEDORE counter wrench for counter-holding every screw connection.
Learn more
With non-destructive Overload Protection